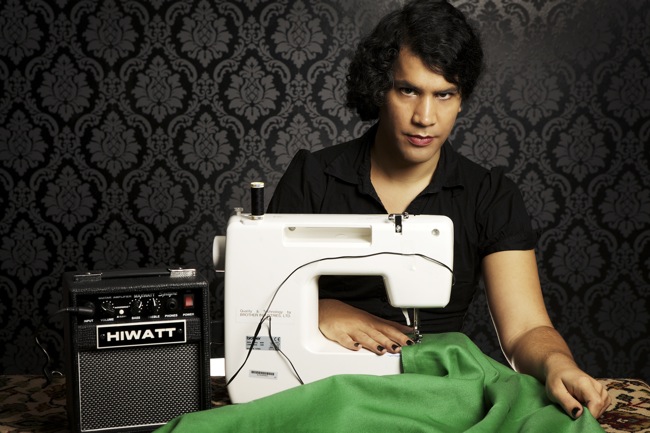 Since it was invented in the late 18th century, the sewing machine has become one of the world’s most popular musical instruments. Every day, millions of people make music with their sewing machines, but few have taken their musician- ship to a professional level and presented it to an audience, perhaps due to the low status of the instrument.

Leo Correia de Verdier is one of the world’s foremost sewing machine players, trained at the Royal College of Music in Stockholm. Using modern technology, computers and sequencers she has developed sewing machine music in new directions, taking it to a whole new level.

Leo plays a Brother LS-2125, a traditional electric sewing machine with a rather powerful and clattery sound otherwise associated with heavier machines. Her music is highly structured, with shifting rhythmic patterns and a sound world rich in detail.